The five principles of HOP

The role of the safety profession has traditionally been to minimise harm – to control conditions within operations in order to make work safer. But the programs and processes that have evolved in the traditional view of safety have rarely allowed for the one condition that can’t be controlled: we’re all human.

Human and Organisational Performance is essentially about understanding the context and conditions of work. Importantly, HOP is not a program – it’s an operating philosophy that gives us a framework for building more resilient organisations.

There are five principles within HOP that shape and influence the way organisations think, act, view success and respond to failure. These principles work together to change the way we think about work and how to improve it.

Here are the five principles of HOP, explained.

The first principle is an acceptance that people are human, and being human means we make mistakes. While that’s not to say that error is desirable, it is simply acknowledging that error is normal. We forget things. We are sometimes inattentive. We’re human – so rather than focusing on trying to stop error, or trying to achieve zero errors, we accept the fact that people make mistakes and therefore we need to build systems that allow for us to make errors in in a safe way. Ultimately, we can be one error away from a serious incident or accident – which is a system problem, not a human problem.

When things go wrong, humans have a tendency to want simple explanations. We want someone to blame. It’s a normal, human response – but it’s not very helpful. In fact, in the long term, blame generally does much more harm than good. HOP recognises that those involved in accidents and incidents have an important role to play in the process of restoring and learning to create better outcomes for others. By taking blame away, we enable better learning.

When we look at the influences in a system, we get a lot more curious. Why do people behave the way they do? In HOP, you want to find out what the organisational influences are, and why people make the decisions they do. We generally know with a great degree of confidence that people make decisions that are locally rational. They don’t go to work to hurt themselves, or to hurt other people. They don’t go to work to ruin their supervisor’s day or damage equipment. When you try to empathise and be curious, you can understand why they did what they did because it probably made sense at the time.

If we blame the person and send them away, we don’t learn what it was that made them do what they did and therefore we leave the same conditions in place for someone else to make the same mistake or error in the future.

The fourth principle of HOP is about being a lot more interested in learning than traditional safety has allowed for. Learning is vital – if we don’t learn about the conditions in which work is happening, we don’t change them, and we spend time fixing the wrong things. We’ve worked with countless organisations that produce the same corrective actions over and over again, the same policies, and the same reliance on memos, procedures and retraining. These activities aren’t moving the dial in terms of actually improving organisational performance.

Yes, we need to be learning when things go wrong – but even more importantly, we need to learn from normal work and everyday actions. It’s there that we really can start to tap into the creativity, innovation and capacity which already exists in the organisation.

Finally, the fifth principle of HOP is response matters. We use the term ‘response’ deliberately because oftentimes we find that what we do in a situation is react – and reacting is very different to responding. If managers and leaders and everyone in an organisation is really working on managing their response to failure, it creates a far better environment where we can learn and develop and grow. Making knee-jerk reactions often involves blame or judgment that gets in the way of valuable learning opportunities. If we can manage that response, organisations will be far more effective across all these different areas.

Get the latest articles on HOP delivered directly to your inbox. 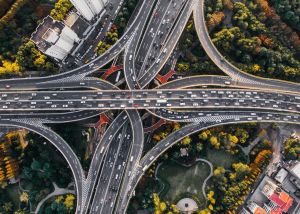 The 5 Principles of HOP

The five principles of HOP Published by Southpac International The role of the safety profession has traditionally been to minimise harm – to control conditions within operations in order to make work safer. But the programs and processes that have evolved in the traditional view [...] 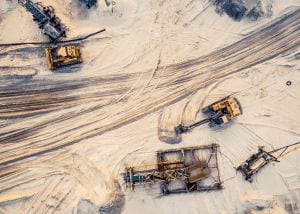 Can you do Learning Teams without doing the New View?

A Short Introduction to Human and Organizational Performance (HOP) and Learning Teams By Andrea Baker, The HOP Mentor Article includes: What is HOP?  | We cannot manage what we don’t understand | Understanding the truth behind questions like these is crucial to good leadership | Operational Learning [...] 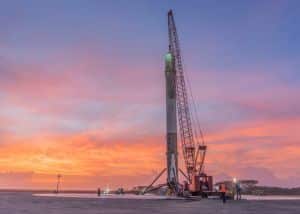 Moving towards the HOP approach

Moving towards the HOP approach How well do most organisations in Australia generally fare when it comes to optimal human and organisational performance? Understanding how Australian, or indeed international corporations fare with regards to Human and Organisational Performance (HOP), requires us to reflect upon both what [...]